Orthodox Vision Foundation (“OVF”) sponsored a three day workshop, “For the Life of the World” aimed at lay business and other professional leaders who are seeking to share their blessings and talent in the charitable sphere and someday transition from the profit to the non-profit world. They included leaders who want to set up their own not-for-profit charitable foundations and those who want to give ideas for the creation of new ministries and new projects of existing ministries, as well as a suggested plan of implementation for such ministries and projects.

For many years, the Orthodox Vision Foundation has been a steadfast partner with International Orthodox Christian Charities (IOCC) in providing pivotal assistance to urgent projects designed to make an impact for people who have otherwise been forgotten. Whether through funding for a community project that brought Syrian and Lebanese women together to provide nutritious meals for their families, urgent assistance for displaced families in war-torn Syria, or seed funding for projects that helped to build the capacity to deliver assistance to the Holy Land, the Orthodox Vision Foundation has played a pivotal role in helping us to realize our vision of responding to those who are suffering and in need.

Charles and Marilee Ajalat, through the Orthodox Vision Foundation, have achieved a lasting legacy as leading Christian philanthropists. From founding innovative organizations such as International Orthodox Christian Charities and FOCUS North America that have provided assistance to millions of people worldwide; to developing the Orthodox Christian Study Bible, which is the authoritative text for Orthodox Christians, the Ajalats have inspired and touched almost every Orthodox Christian in America. They are a wonderful example of Christian Stewards who have maximized the talents that they have been given.

Citation from St. Vladimir’s award of the degree of Doctor of Canon Law honoris causa to the Co-Trustee of Orthodox Vision Foundation:

“God has given you a vision for the Church, and the ability to implement that vision in ways that have provided blessings throughout the world and have inspired the laity.

“As founder of numerous key Orthodox Christian organizations and efforts that serve millions of people, you have led and challenged others, and you have provided means through which God has particularly blessed His North American Church.”

The Orthodox Vision Foundation was not simply the source of the financial resources it took to launch Becoming Truly Human; the foundation was the source of the actual idea and guided it through the infancy of its development. Now an established ministry funded by the Antiochian Archdiocese, Becoming Truly Human is poised to reach countless unchurched among the Millennial generation with the truth of Orthodox Christianity. Millennials are by far the least religiously affiliated generation in recorded history. Future plans include outreach programs geared toward reaching many other specific demographics.

The film “Becoming Truly Human” produced for the program and funded by OVF is the first American Orthodox film, and will soon be out in a nationwide, semi-theatrical release followed by a planned release via major digital download (e.g. Netflix, Hulu, etc.). This may prove to be one of the greatest evangelical outreaches of Orthodoxy in our time and is indicative of how the OVF has partnered with many ministries at key moments, facilitating innovative and effective efforts to put the Orthodox faith into action.

Not long after we began, the Orthodox Vision Foundation showed its support for effective media outreach through Ancient Faith Radio. With that support came encouragement, counsel, and networking helping to grow the ministry beyond what could have otherwise happened. We are one of several Orthodox outreach organizations assisted by OVF and we remain ever grateful for the partnership.

The Orthodox Vision Foundation has been an instrumental supporter of our ministry since its inception. Because OVF was willing to take a chance on a brand new ministry, and dared to underwrite our first small group study The Lionheart Sessions, Faithtree Resources was able to leverage our impact and grow our reach to an audience that spans 20 countries and people of all ages. Thousands of people have accessed our resources and we have been able to spread the Good News of Our Lord and Savior Jesus Christ across the globe because OVF was willing to step out in faith with us. The Holy Tradition of the Orthodox Church is that we don’t get stuck preaching positions or talking about what the Church is. Instead, our tradition is that we come alongside our brothers and sisters and actually be the Church. Because of the support of OVF, we have been equipped to do just that.

A MESSAGE FROM ONE OF OUR FOUNDERS 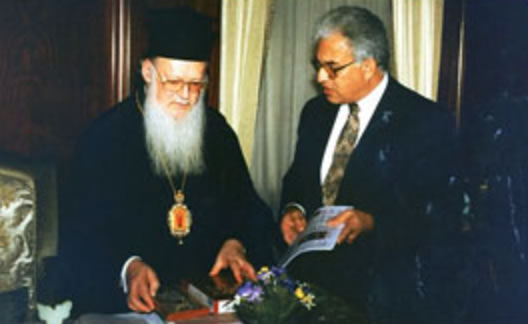 Co-founder Charles Ajalat shares inspiring words about the mission and vision of OVF. 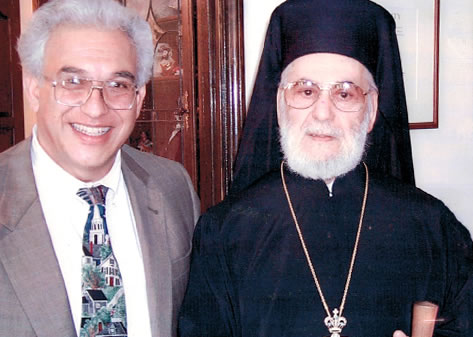